A Brief History of… My MIxers

After reading this topic on Discogs i began to think about the 15 years or so i’ve been hammering, testing and inevitably breaking dj mixers. Im pretty happy with the Rane TTM57 mixer now although even that has had a few issues here and there. Anyway, here’s a list of the good, the bad and the terrible. Feel free to add your experiences in the comments field… i am a massive nerd and would probably enjoy reading your stories more than you realise!

At the age of about 15 i first got my hands on my mate Mo’s turntables and Citronic mixer while he went off travelling round europe for the summer. Between us we can’t find a picture or any info but rest assured it was a piece of shit. Still, it got me started and its punch buttons had me thinking i was worthy of DMC fame.

The first mixer i bought was this; The Citronic ‘DJ Pro’. Needless to say there was nothing particulary “pro” about it! I got it because i thought having a 1inch xfader would make mixing quicker and the punch buttons would continue to contribute to scratch dj stardom. It did have XLR ouputs though (although i never used them). I talked a friend into buying one too and he managed to keep his going for over 10 years without a sign of xfade bleed or anything! I managed to kill mine though… faders went, channels died and it went in a skip. 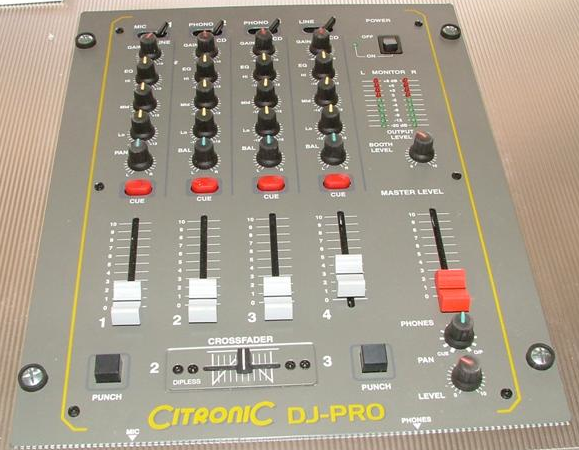 As i got more into the cutting side of djing and started to watch DMC videos i realised i was kidding myself that punch buttons were the way to go… what i needed was a smooth xfader so i could crab, flare and do body tricks with. I’d heard Vestax were reliable and the faders were good for scratching so i bust out the student credit card and got this PMC 03A. I cant begin to explain how quickly and often i wore out the faders on this thing, in the end i think i spent twice as much on replacement faders as i did on the mixer in the first place. All the chrome came off with my cutting and the skip got another mixer.

I kept some of the faders as i thought they’d make a pretty cool turntablist nerd chain so i could show all sucka djs how brutal my cuts were. I never wore it. 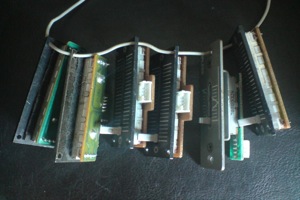 Watching more DMC videos and scratch DJ shows i was now convinced i need what the pro’s use… i wanted to do the DMCs and i need the Technics dj1200 mixer that they use in the contest. Now this isn’t the new improved version that Kentaro champions, the original version had analogue faders and was, as it turned out, made of rubbish. I got it from the Richer Sounds store as they had a two week ‘no questions’ return policy, in that two weeks i broke every fader including the spare and took half the shine off around the fader. They took it back but we’re understandably pretty pissed off. I took the refund and plotted my next victim. 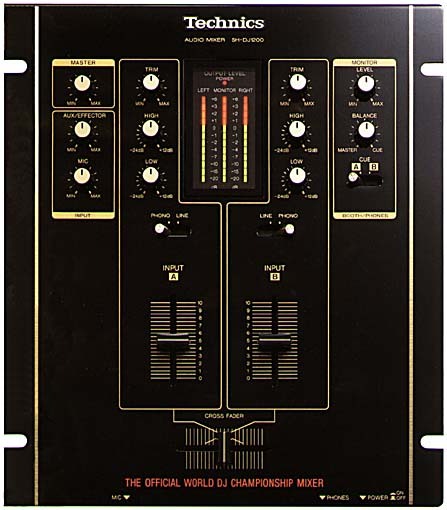 At this time mixers started to appear in the magazines and in shops with the fabled promise ‘lifetime xfader gaurentee’. This made my eyes light up! Imagine that a mixer that i would never have to buy a replacement fader for! I went with the Stanton SK 2F as its fader (designed by DJ Focus) was so light Jeremy Beadle could have crabbed on it and for a few years it did as it promised. The problem with these optical style faders is you couldn’t get to the rails to lube them and it gathered dirt which slowed it down and made any mildly tech scratches near impossible. This was also the first time i had encountered that annoying thing hardware companies do and provide you with a power cable you cant buy anywhere! This one was like a 3.5mm jack with an optic light in it… i have no idea what that was about. I eventually passed mine on to, a then 15, DJ Snafu for him to later send to oblivion. 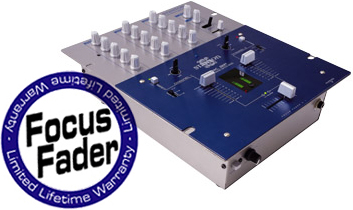 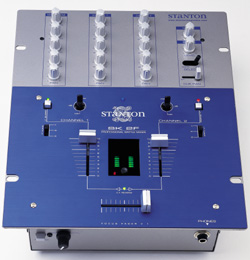 I had got a lot out of the Stanton and figured i needed something similar but with better build quality. I’d been eyeing up the Vestax PMC 07 as i fancied having EQ controls on faders and a master volume on a fader, once I’d saved the pennies i headed to the shop to have a demo and hopefully buy one. When i got there they had a new display of Vestax Samurai mixers. Pretty much the same design as the standard PMC range but came with a digital xfader, you could change the curve a million different ways and even have a gated setting. Once I’d felt how light and responsive the fader was i out the door with a big whole in my wallet. Everything performed well on this mixer except the damn power cable and its juction box. I broke a few of those and it nearly killed any chance of music at my brother’s wedding. Luckily there was an electrician who managed to fix it with a table knife and an plaster. 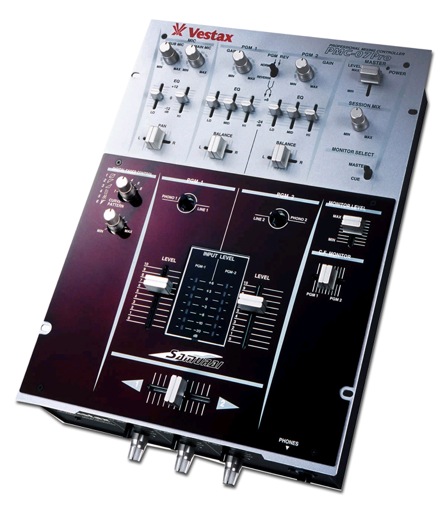 Then i heard about Serato’s Scratch live software. Now, i was right there when Final Scratch was introduced but i didn’t have a laptop, didn’t like the sound of all the crashes and it didn’t support Mac’s (a must for computer novices like me). SSL promised stability, Mac supprt and everyone i aspired to be like was using it. I was booking and playing with loads of artists from Ninja Tune at the time and they always turned up with this software. “Play you’re own songs, edits and have two copies of everything… oh and you cant ruin your records anymore”. I saw this as the future, my mixes were always limited by how fast i could get the records out of their sleeves, on the turntable and to the sticker point… SSL meant i could do everything i’d ever dreamed of with music.

As i was trying to raise the funds to get the SL1 i heard rumours of the new Rane mixer that had the box built in and software controls on the mixer panel, meaning you wouldn’t even have to touch the laptop! I’d had a go on a Rane TTM56, loved the butter feel of the fader and knew Rane were widely regarded for their high quality audio hardware.

After pestering every supplier in the UK and even one in Alabama i managed to get my hands on one of the first wave of production models. To say i was stoked was an understatement! 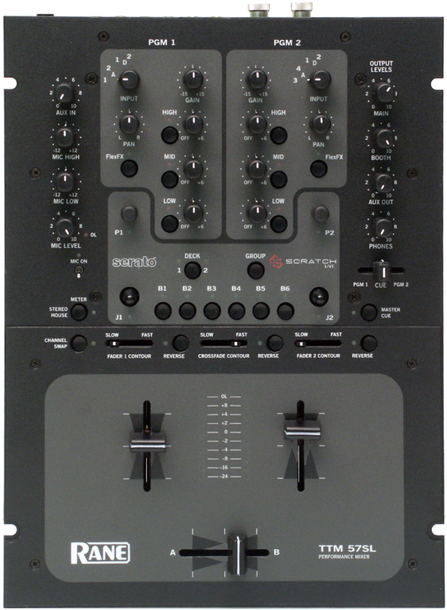 Got to say, i’ve been really happy with the Rane. The faders are insane and can be cleaned with ease, the sound is great and it takes XLRs and a kettle lead for power. I have damaged it a few times though… Cut Chemist managed to snap his headphones in it 2 weeks after i got it and i’ve bent several knobs mostly due to poor care during transit. I’ve got it sorted now and only move it in a Pelican flight case so it can come to no more harm.

The one major design floor for me was the darkness of the design. In a dim club i would often miss fire the B1-B6 buttons due to them being nearly the same colour as their background and have even sent a track playing backwards once or twice as a result. When i heard about companies like Styleflip and 12Inchskinz who could make custom faceplates for audio hardware i got onto longtime friend and DOP designer DocVek to come up with something that would change this while pimping my ride to the max! Below are versions 1, 1.1, 1.2 and the current design i use which we made with the help of DJ Kentaro’s brother Kotaro who translated the text to japanese for us to give it a futuristic style. I got one to kentaro at a recent show and he’s now rocking it everywhere he goes! 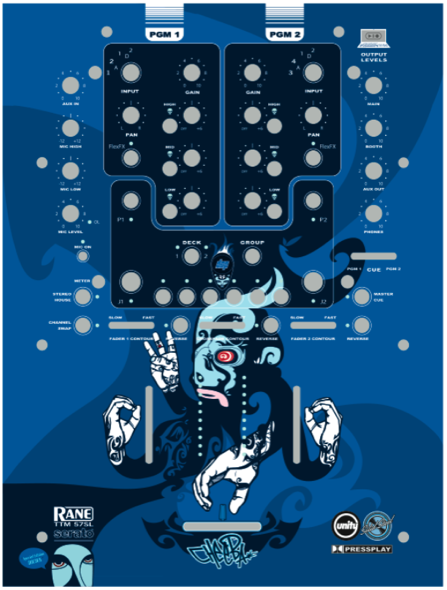 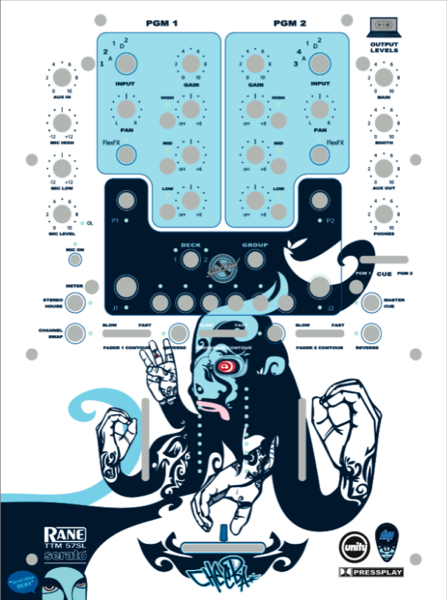 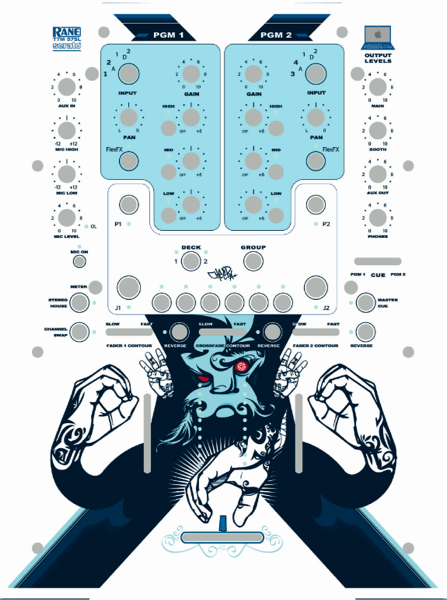 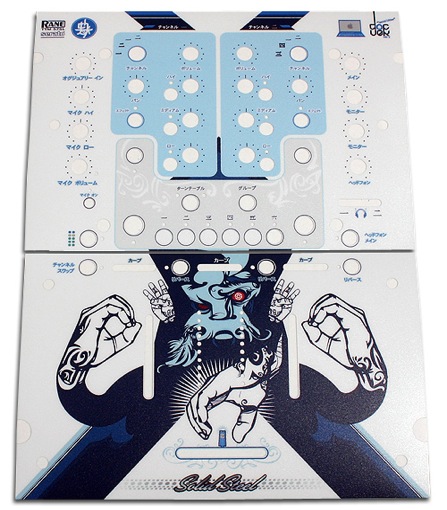 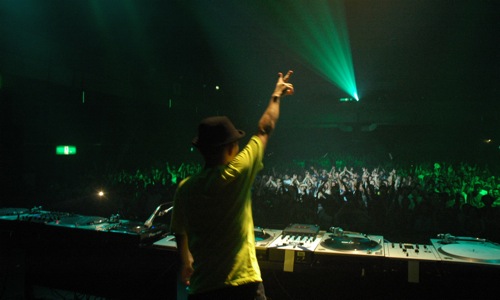 Whats next…? I dont know? Maybe a 24 bit, 3 channel TTM 58? Maybe something that has a screen to do away with the need for a laptop? Maybe it’ll have an iPhone dock to run software? Touch screens? I know whatever it is i’ll be watching and taking a great interest… A big ‘fingers up’ to my design tech teacher at school Mr Forey who said i had no passion for design technology.

Word to the nerds