Soundcrash are excited to announce that french hip-hop collective Chinese Man are bringing their eclectic hip-hop beats for a rare and exciting performance at London’s O2 Kentish Town Forum.

Chinese Man are well known for picking influences from the most abstract of places to make their sound all the more exciting. Over predominantly dubby beats, the collective embroider African, Asian and Latin influences, precise scratching and a mass of obscure samples, there’s no corner of the globe and no sound they won’t dare to draw influence to master their unique sound.

The group became widely known through the song “I’ve Got That Tune” which was chosen by Mercedes-Benz for its promotional campaign. Since then they have released 8 outstanding albums and have continued to push the boundaries of hip-hop by doing what no one else dares. Mixing cinematic themes with samples from the likes of Easy Rider and the Holy Mountain mixed in with vocals from a whole host of guest artists including Scratch Bandits Crew, Fela Kuti, and Plex Rock, this promises to be a night like no other.

To mark a great comeback, Chinese Man welcomes a horn section and a percussionist, that give a whole new dimension to the live performances. By steering away from the cold and often over-structured universe of electronic music, this new show’s mantra revolves around the live aspect of the performances, improvisation and a substantial reshuffling of the group’s own productions.

To complete the picture, Chinese Man’s live set will feature the band’s original live entertainer, Taiwan MC, as well as Youthstar, currently one of the best drum‘n’bass MCs in the game. The show will present a ground-breaking video installation, mixing live footage and creations from the now well-known artists Fred & Annabelle, all orchestrated by the ineluctable VT Tot.

Their own brand of experimental trip hop is constantly evolving so there’s no way to predict what will happen on the 27th of May, but there is one thing we do know, Chinese Man never fail to impress.

Joining Chinese Man on this colossal night of beats and rhymes are none other than Mr Flex, ProblemChild and Cheeba with a spectacular AV set.

“Such talent can be jaw-dropping at times” – Kemptation 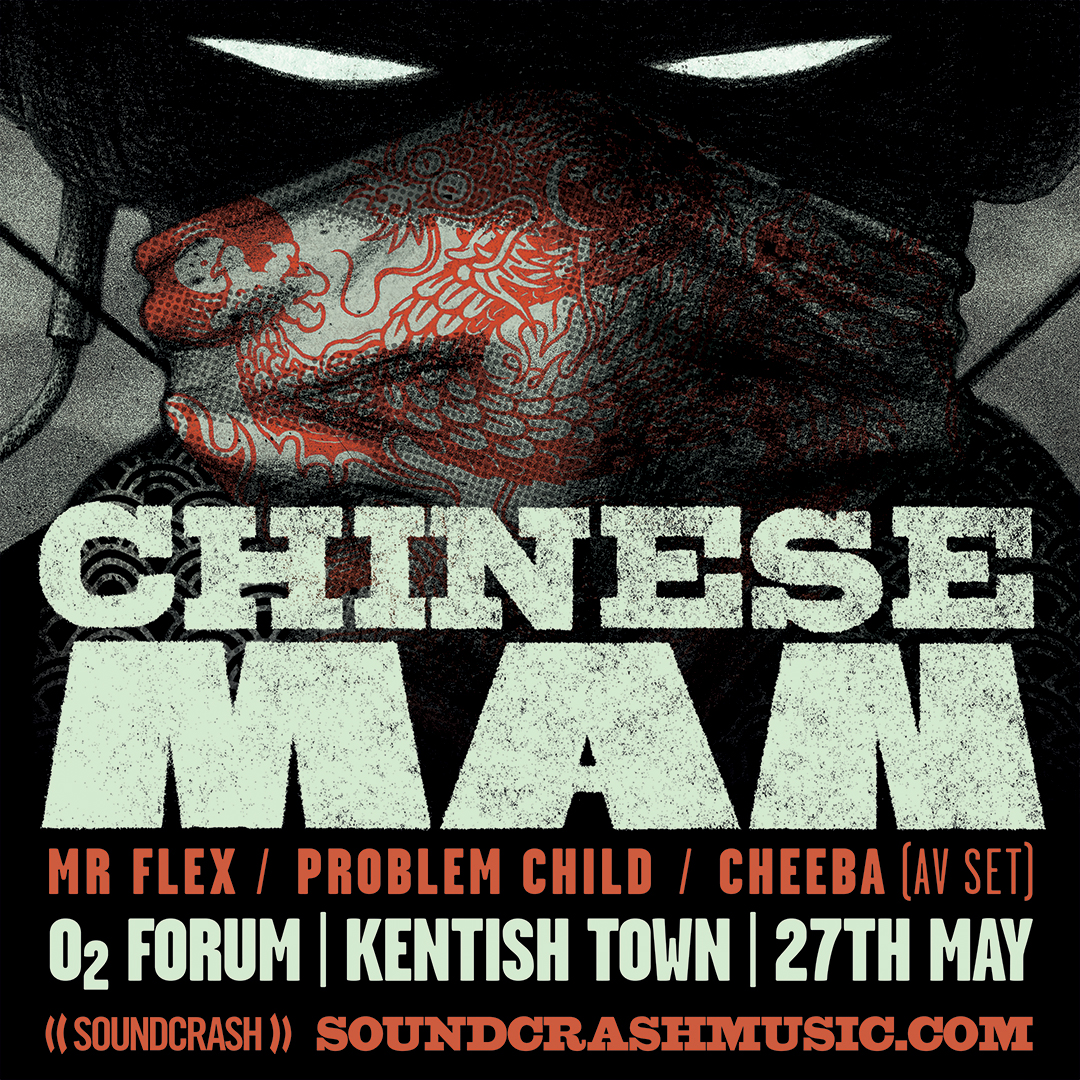