The Brooklyn-based MC earned his stripes as one of the most lyrically-gifted, socially aware and politically insightful rappers to emerge in the last 20 years.

“I’m a touring artist. I’m an artist that’s internationally known. I’m not just a local artist at this point in my career. I’m cognizant of the fact that what I do is beyond where it started. I’m trying to reach the apex of where I am now, but without turning my back on or dismissing what I’ve done before.”

After nearly 20 years of releasing mesmerizing music, Talib Kweli stands as one of the world’s most talented and most accomplished Hip Hop artists. Whether working with Mos Def as one-half of Black Star, partnering with producer Hi-Tek for Reflection Eternal, releasing landmark solo material or collaborating with Kanye West, Pharrell Williams, Just Blaze, J Dilla, or Madlib, Kweli commands attention by delivering top-tier lyricism, crafting captivating stories and showing the ability to rhyme over virtually any type of instrumental.

Corynne Elliot better known as Speech Debelle is a British rapper signed to the Big Dada record label. She was the winner of the 2009 Mercury Prize for her debut album Speech Therapy. She released her second album, Freedom of Speech, in 2012.

The single from Speech Therapy, "Spinnin" was re-worked by Tinchy Stryder and Dionne Bromfield and was used as one of the official anthems of the 2012 Summer Olympics in London.

*Under 16s must be accompanied by an adult 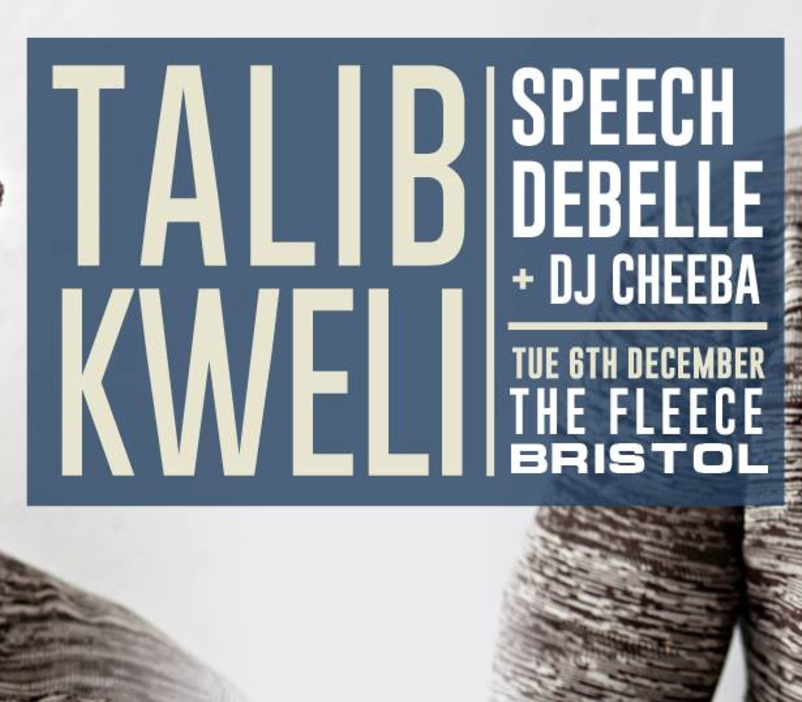