Following the great vibes from last year, we've decided to put on our own New Years Day Party.

For all those that worked the evening before or for those party animals partying for the second night on a trot we have a night of pure funk, soul, hip hop, breaks and more!

★Secret Headliner
We have a secret headliner we cannot announce but trust us on this one!

★The Allergies with Andy Cooper
Bristolian duo DJ Moneyshot & Rackabeat have made it their mission to take vintage sounds and reshape them for the modern dance floor.

Andy Cooper joins them from California. Well known for being the vocalist in Ugly Duckling, Andy is collaborating on a new project with The Allergies releasing the highly successful "Rock Rock" earlier this year.

Hailed as one of the most progressive audio visual artists around today, Cheeba has found an audience world wide with his unique style of turntablism and video manipulation.

Cheeba is known worldwide for a variety of celebrated projects including video mixes, movie re-scores, commissioned adverts and documentaries as well as the eclectic mixtapes that have gone viral worldwide and topped iTunes download charts.

Live, Cheeba performs using cutting edge technology alongside turntables to produce a variety of audio visual shows from the cinema style ‘After School Special’ and ‘Plan 9 From Outer Space’ to the hard hitting club and festival shows like ‘Return To The Boom Bap’, ‘Double Vision’ and the hugely successful ‘3 Way Mix’. In 2016 he has also stepped into the world of theatre production and design with the smash hit ‘LoFi Funky Space Quest’

Boca 45 is a Bristolian legend who’s earned a mighty rep for his work with Andy Smith as “Dynamo Productions”, with Gee Ealey as Malachai (Domino Records), with World Champion DJ Woody as BocaWoody plus other collaborative projects alongside his many solo records on various record la- bels. Banksy requested Scott Boca to DJ the opening party at Dismal Land in 2015 & has A List fans such as Serge from Kasabian & Huey Morgan at BBC 6 Music. 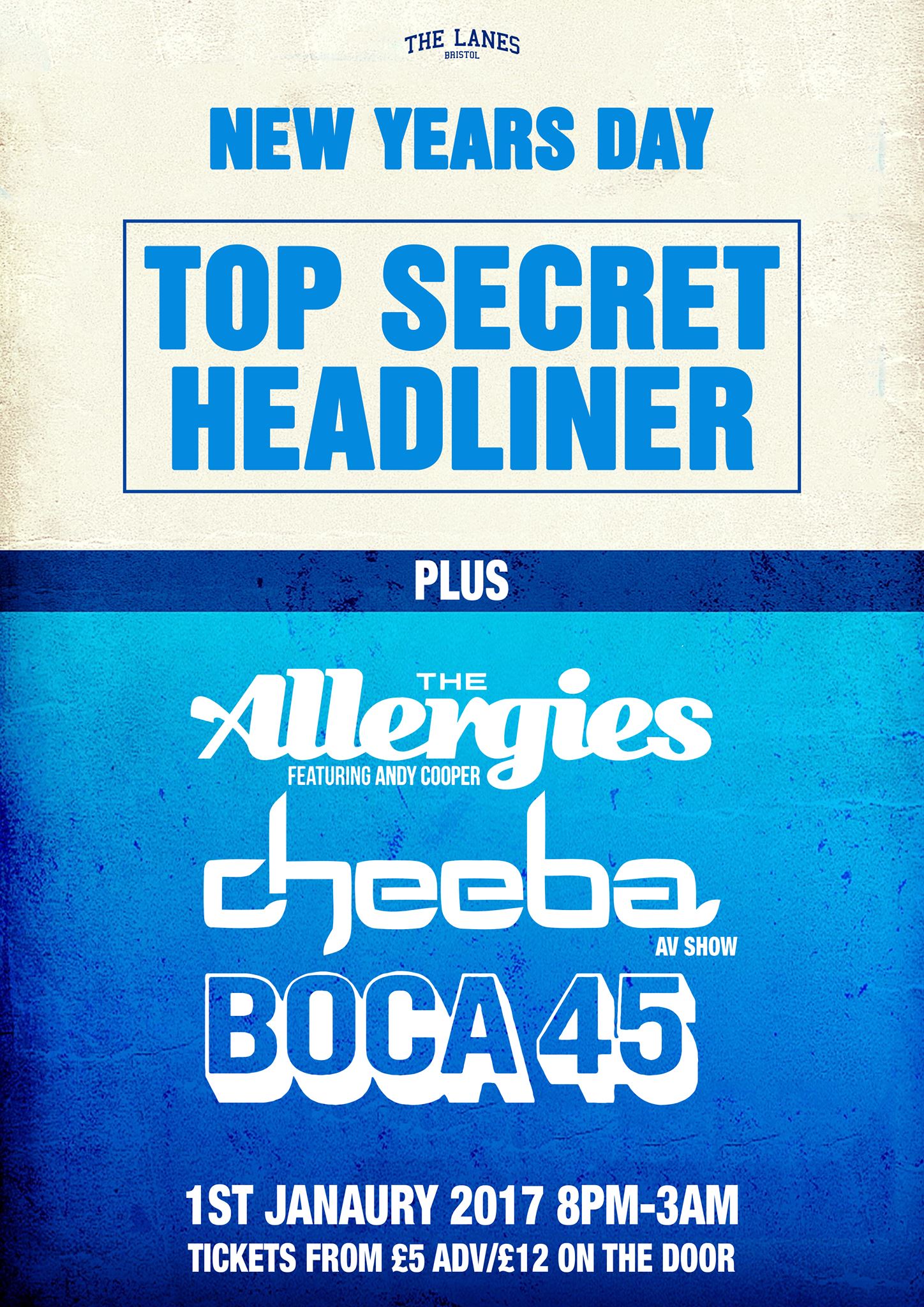