A heads up about this weekend in London:

I have been invited to be involved in some very exciting shows in London this weekend, all with a very definite Ninja Tune theme.

Firstly, on Friday night, Amon Tobin will be coming to London’s Roundhouse with his much anticipated new live audio visual projection mapping show in support of his new album ‘Isam’. The hype for this show has been incredible and its no wonder considering the live trailers that have been going viral on the net and of course the incredible new album and back catalogue of Tobin. I will be DJing as support on the night and have been working hard on a much more electronic angle which i will be recording in the coming weeks for broadcast on Solid Steel. Sadly, this event is now sold out although there is rumors of a repeat visit in November. 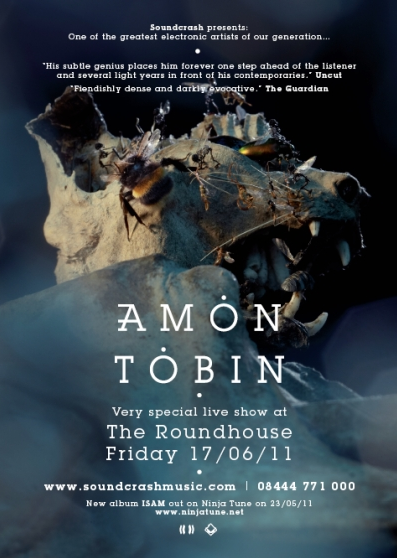 The Roundhouse show is an early one so, as such, there is an after party nearby at Lockside Lounge that i will also be playing at along side newly signed Ninja Tune artist Raffertie and a rare appearance from PC (Cinematic Orchestra/DJ Food). Tickets for this are a barmy £3. For further info, aim your browser HERE

Saturday sees another installment of Videocrash, an all out audio visual night with Hexstatic’s Trailer Trax show headlining, DJ Food & DK on 4 decks and three mixers and my own take on video turntablism and VJing. In addition the second room will have none other than Quantic on the decks with PC there as well. There are still tickets available for this one, for further info click the image below. 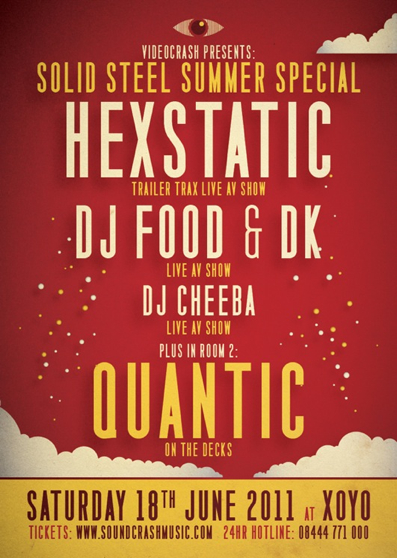 DJ Cheeba store is now fully stocked and up and running:

After a slight delay (caused mainly by getting married) we have now set up the store page on the website to offer DVDs and also clothing via Dizzyjam.

The new DVD, ‘Revenge of The Nerd’ is presented with the following: 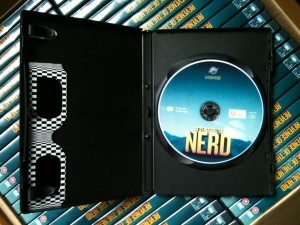 There is also a very limited number of ‘The Reels of Solid Steel’ DVDs available and is presented with the following:

We also offer a wide range of men’s and women’s tee shirts and hoodies branded with a range of designs inspired by the Revenge of The Nerd artwork by Grampian Mountains as well as Cheeba and Detectives of Perspective logos by, long time Cheeba collaborator, DocVek.

News of a very special night celebrating the Bristol based collective i have been involved with since moving back to the city in 2001.

In July 2001 the Detectives of Perspective formed as a collective to began hosting parties at a tiny venue in Bristol called ‘The Croft’ that aimed to create a very involving experience for the audience; Video projections, art, live and turntable based music and even a massive indoor geodesic dome! 10 years later in July 2011 the Detectives of Perspective are heading back to that same venue to show you where we’re at now and where we’re heading…

To further celebrate i have produced an exclusive Detective themed mini AV mix ‘How To Be A Detective’, drawing in loads of samples from film and television as well as songs and artists that fit the bill. This will be given away on the night and soon after released for free download via www.djcheeba.com. WATCH THIS SPACE FOR FURTHER INFO AND RELEASE DATES.

Thanks for reading, your support is always appreciated.