Last night me and DJ Moneyshot dropped the promo video for the ‘Return To The Boom Bap’ 4 deck AV show we will be touring this year. Its a 1m20s edit of some of the highlights from the show and if you share the video and can name all 26 audio tracks (not including the moneyshot & cheeba name drops) by the end of the week (11 Jan 2015), we’ll send you a tshirt in your choice of size and colour. Word 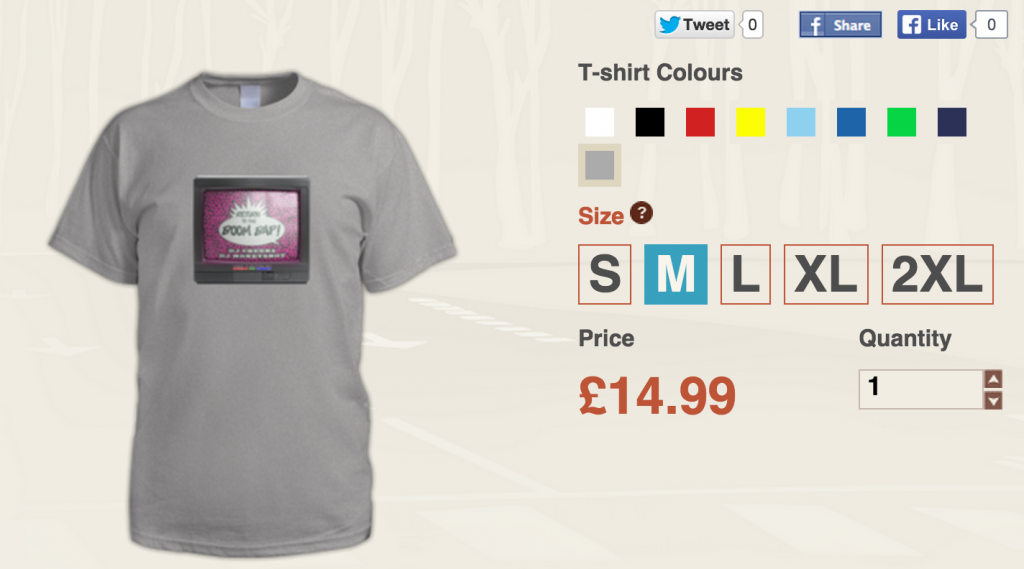 “Turntable tearaways Cheeba & Moneyshot are back on the road with a brand new four deck, big screen, DJ show. Return to the Boom Bap features the pair cutting and scratching classic Rap videos, and blending up the dopest acapellas and instrumentals to live remix some of the heaviest cuts from Hip-Hop’s Golden Era. This club-friendly set has already shared a stage with Mos Def & Africa Bambaataa and will be a sure shot hit with fans of that early ‘90s Yo! MTV Raps flavour. Expect; Gangstarr, Black Moon, Nas, Beastie Boys, The Alkaholics, A Tribe Called Quest, Black Star, KRS-1, Biggie Smalls, Pete Rock, Lords of The Underground, Mob Deep, Das EFX, Rakim and many many more…“