Sci Fi: Days of Fear and Wonder (The Watershed, Bristol)

This autumn I am curating a series of events at The Watershed in Bristol as part of their ‘Sci Fi: Days of Fear and Wonder’ festival in association with the BFI.

I have lined up 4 events that explore the relation between sci -fi film and music featuring DJ Food, Ollie Teeba, Bront Industries and myself. 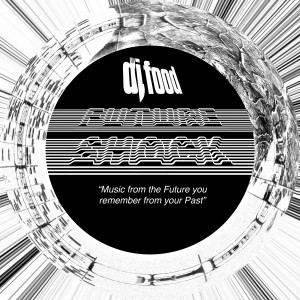 DJ Food (Ninja Tune/Solid Steel) presents a turntablist soundscape of sci-fi songs, cosmic music and retro electronic visions of a future very different from the one we live in now before a screening of Sun Ra film Space Is The Place, one of the most elusive music films of all time!

After debuting at the Anish Kapoor-designed ArcelorMittal Orbit tower in London earlier this summer DJ Food is expanding this non-club headtrip set into newer, more far out dimensions. Expect an ever-shifting selection of space journeys, psychedelic explorations and modular synth soundtracks layered with spoken word from beyond… 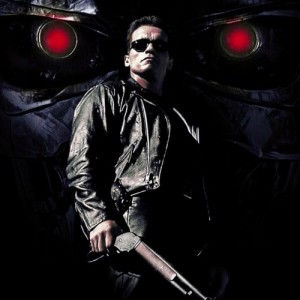 James Cameron combines hard-edged humour and roller coaster action in this blockbuster sequel to his own 1984 horror fantasy classic. Adrenaline junkies get epic value for money as cyborg Arnie (alongside Ed Furlong’s teenage John Connor) comes back from the future to save our world from the T1000 model, whose liquid metal shape-changing abilities set a new cinematic standard for stunning, computer graphic special effects.

Join us in the Café/Bar from 22:00-23:00 before the film starts for a live DJ set from electro-acoustic heroes Bronnt Industries Kapital. 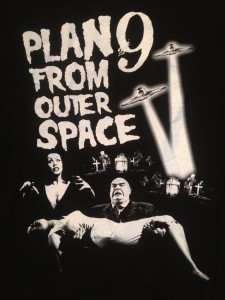 Camp aliens attempt to take over the world by reviving the dead in Ed Wood Jr’s sci-fi opus, which is just as magnificently terrible as you’ve probably heard. Built around a few minutes of footage (Tim Burton re-created many of its infamous scenes in his biography Ed Wood) Bela Lugosi shot days before he died, its all crude special effects (hub caps as flying saucers! cardboard tombstones!), terrible acting, wobbly sets, nonsensical dialogue (“Future events such as these will affect you in the future!” warns our narrator) and stock footage. Sure, it has been cited as one of the worst films ever made, but it is endlessly entertaining and completely loveable.

A hymn to anyone who has ever tried to create something intelligent and meaningful, only to fail miserably every single step of the way – we’ve all been there, right? This is THE ultimate cult flick, and we’re delighted to welcome Bristol’s very own AV pioneer DJ Cheeba (Ninja Tune/Solid Steel), who will be performing a live score to the film.

Using multiple turntables, midi controllers and other sound sources, Cheeba will twist what is already an incredibly bizarre film into something even weirder using a mix of hip hop, electronica, leftfield beats, atmospherics and FX. Join us for a one-off performance like no other – it’s going to be a night to remember! 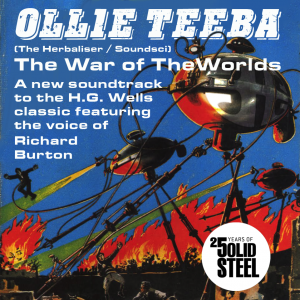 At this very moment space ships from the beyond may be on their way to destroy our planet!

Keep your eyes to the skies! The Herbaliser’s Ollie Teeba presents an inspired re-imagining and homage to the mother of all alien invasion thrillers, sci fi classic War of the Worlds. Park your UFOs in the Café/Bar from 22:00-23:00 to hear Ollie drive a deeply layered mix of soundtracks, soundscapes and atmospheric music from his extensive collection of vinyl.

Originally broadcast on legendary radio mix show Solid Steel to celebrate both 25 years of the show Coldcut started in 1988 and also 75 years since Orson Welles’ infamous radio play was first broadcast (that had Americans convinced they were listening to a genuine attack from outer space), this performance is a tribute to H.G. Wells, Orson Welles, and, of course, Solid Steel.

After the set join us for a late night (23:00) screening of the 1953 film, which set the standard for alien movies for decades to come. Invaders from another planet target a small Californian town, landing with their manta-ray spaceships armed with cobra-like probes that shoot white-hot disintegration rays (it scooped the Oscar® for Best Special Effects). It’s a work of frightening imagination that still packs a punch even today – so join us for a fantastic invasion of music and film!

Film tickets: £5.50 full / £4.00 concessions. Ticket holders to War of the Worlds get priority entry to the DJ set.