In 2014 I was invited to pitch ideas for the BFI Sci-Fi festival in the UK. The outcome was a re-score of the most infamous of all sci-fi films ‘Plan 9 From Outer Space’. Officially licensed, this was premiered at The Watershed in Nov 2014. Im pleased to announce I am now in a position to discus ideas for further screenings/performances of this project in association with Blue Dolphin Films.

“I first became aware of Plan 9 From Outer Space after buying the soundtrack on vinyl 15 years ago. It had the great opening speech ‘Criswell Predicts’ that was famously sampled by Coldcut for their JDJ mix as well as so many great bits of dialogue and music. After hearing the soundtrack, I found the film itself and fell in love with the crazy nature of the production, script and acting. It unintentionally delivers on a comedy level as well as being thoroughly entertaining through its unhinged narrative and insanely bizarre premise.

“Doing a live remixed score to the film at Watershed is a dream come true and I’ll be bringing a hugely extended turntable-based set up to really do it justice and present a remixed and re-imagined score that adds a modern electronic twist.”

Although essentially a DJ mix, the set up for this live score is a lot more extensive than 2 turntables and a microphone. 2x laptops, 2x mixers, Midi controllers, iPad based synths and drum machines, a voice changer megaphone and an ultra rare QFO turntable that allows me to play it like a theremin. Added foley sounds, FX and sound design add a dark and terrifying atmospheric edge to this unintentionally hilarious film. 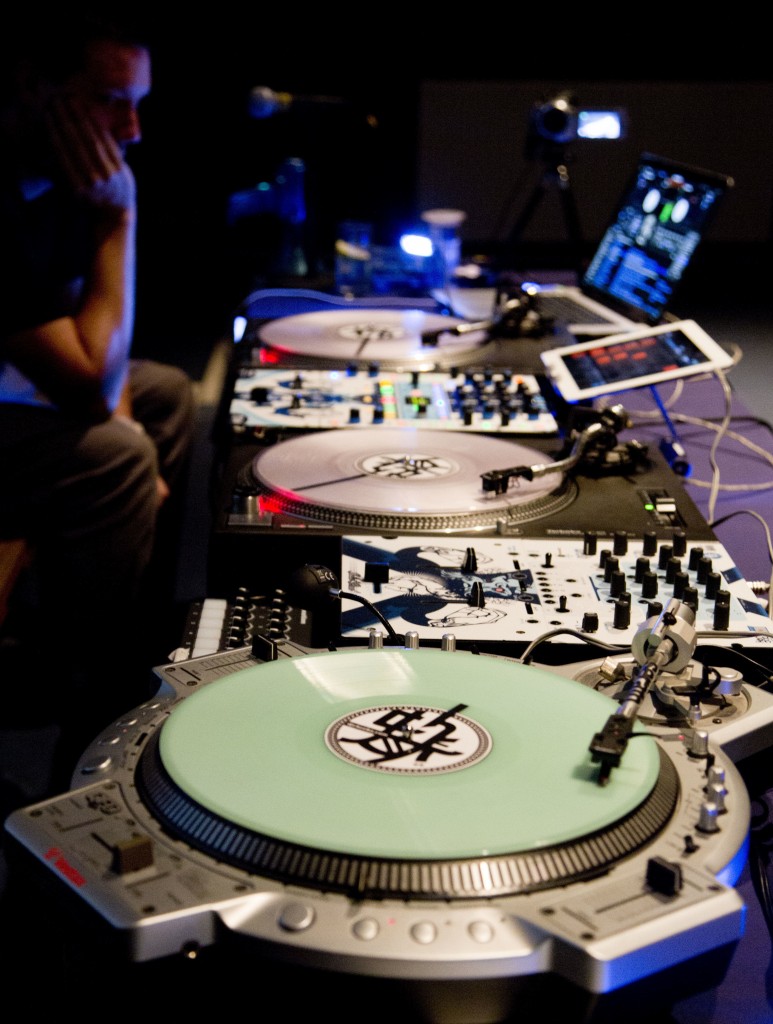 This is not an audio version of the re-score but a mixtape that blends many of the tracks and ideas originally sidelined for the project alongside some sections that ended up featuring.

Throughout the mix I’ve also added narrative clips from the movie, highlighting elements of the story, underlining the atmosphere of the scenes and illustrating some of the inspiration for the track selection.

For a complete tracklisting please view the Mixcloud page HERE